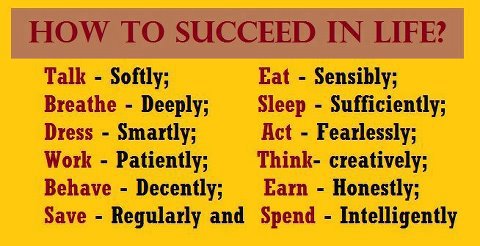 How to succeed in life? 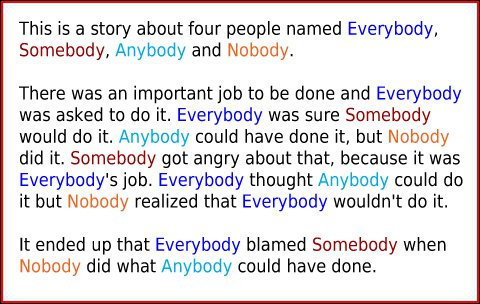 This is a little story about four people named Everybody, Somebody, Anybody, and Nobody.

Anybody could have done it, but Nobody did it.

Somebody got angry about that because it was Everybody’s job.

Everybody thought that Anybody could do it, but Nobody realized that Everybody wouldn’t do it.

It ended up that Everybody blamed Somebody when Nobody did what Anybody could have done…..

So often this happens…. LOL… Share it with friends… Enjoy…

.
Humor– Life is too short to be serious….Smile & Laugh it out!!!!
Inspirational & Motivational Quotes, Pictures
.
<<< Home Sweet Home >>>