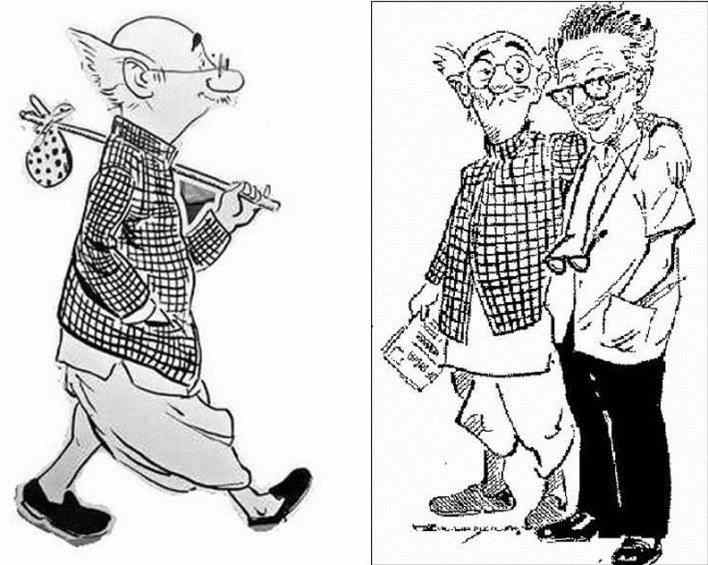 RK Laxman – India’s best known cartoonist,illustrator & humorist provided An Inspiration and strength The Common Man using Humor . His creation The Common Man, in daily cartoon strip, “You Said It” in The Times of India, started in 1951 and had millions of fans world over.

He was recipient of numerous awards, among them the Padma Bhushan, Padma Vibhushan and Magsaysay Award.  His cartoons were a symbol of India’s ordinary people, their trials and tribulations, their little joys and sorrows, and the mess they found themselves in thanks to the political class and bureaucracy. His humour was always delightful.

He will remain in the heart of Indian’s for bringing a smile every morning consistently day after day every day.