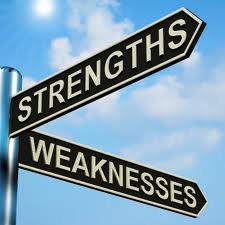 3 Replies to “An Inspirational Story for today ~ Weakness or Strength”