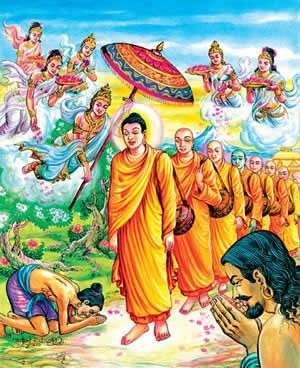 You don’t have to put in any effort to calm it down.
It will happen. It is effortless.”

Having ‘Peace of Mind’ is not a strenuous job, it is an effortless process so keep ur mind cool and have a grt life ahead…

4 Replies to “Buddha’s Advice To Calm A Disturbed Mind;Inspirational Story”