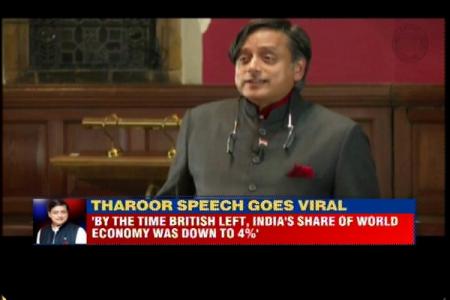 In a passionate argument, Lok Sabha MP Shashi Tharoor demanded reparation payments from the UK to India for 200 years of its colonial rule. The speech has gone viral on social media like Facebook and YouTube and has also prompted a vigorous debate.

Here is the full transcript of his arguments at the Oxford Union:

Madam President and gentlemen, ladies of the house

I standing here with eight minutes in my hands in this venerable and rather magnificent institution, I was going to assure you that I belong to the Henry VIII School of public speaking – that as Henry VIII said to his wives ‘I shall not keep you long’. But now finding myself the seventh speaker out of eight in what must already seem a rather long evening to you I rather feel like Henry VIII’s the last wife. I know more or less of what expected of me but I am not sure how to do it any differently.

Perhaps what I should do is really try and pay attention to the arguments that have advanced by the Opposition today. We had for example Sir Richard Ottaway suggesting – challenging the very idea that it could be argued that the economic situation of the colonies was actually worsened by the experience of British colonialism.

Well I stand to offer you the Indian example, Sir Richard. India share of the world economy when Britain arrived on it’s shores was 23 per cent, by the time the British left it was down to below 4 per cent. Why? Simply because India had been governed for the benefit of Britain.

Britain’s rise for 200 years was financed by it’s depredations in India. In fact Britain’s industrial revolution was actually premised upon the de-industrialisation of India.

The handloom weaver’s for example famed across the world whose products were exported around the world, Britain came right in. There were actually these weaver’s making fine muslin as light as woven wear, it was said, and Britain came right in, smashed their thumbs, broke their looms, imposed tariffs and duties on their cloth and products and started, of course, taking their raw material from India and shipping back manufactured cloth flooding the world’s markets with what became the products of the dark and satanic mills of the Victoria in England END_OF_DOCUMENT_TOKEN_TO_BE_REPLACED 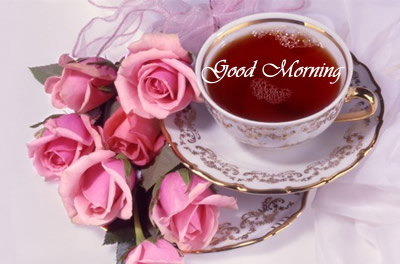 Fresh flowers are waiting to disturb u
Hot coffee waiting to taste ur lips
Sun, birds, cool air – all r looking
at ur window to say u Good morning
Have nice day.