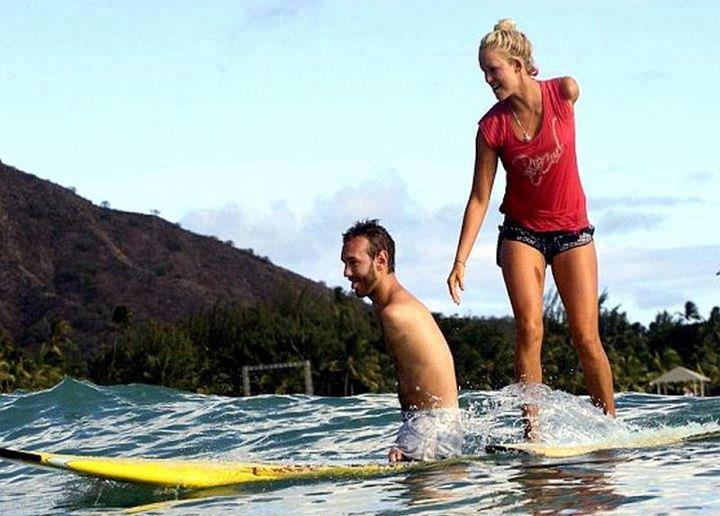 THE ASTONISHING STORY OF THE MAN BORN WITHOUT ARMS OR LEGS… WHO PLAYS GOLF, SURFS, AND SWIMS : NICK VUJICIC was born with no arms or legs – but he doesn’t let the details stop him.
The brave 26-year-old – who is mainly torso – plays football and golf, swims, and surfs, despite having no limbs.
Nick has a small foot on his left hip which helps him balance and enables him to kick. He uses his one foot to type, write with a pen and pick things up between his toes.
At age ten Nick, tried to drown himself in the bath but luckily the attempt was unsuccessful.
‘I felt there was no purpose when you lack purpose and strength it is hard to hold on,’ he said.
But with the help of his religion, friends and family, Nick managed to pull through to become an international symbol of triumph over adversity.
Life / Learning /Inspirational story ,Quotes – Inspirational Quotes, Pictures and Motivational Thoughts
.
<<<<Home>>>>