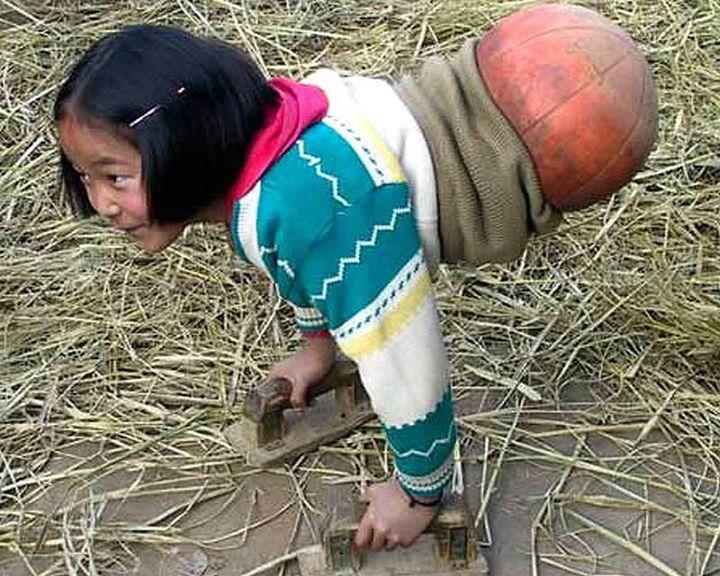 The little girl  who had to use a basketball as her prosthetic body :

In 2000, Qian Hongyan, was injured tragically in a car accident when she was only 3 years old. To insure her survival, the doctors were forced to amputate her legs.

Qian’s family, living in Zhuangxia, China, was unable to afford modern prosthetics and instead used half a basketball to get around on. Once on the ball she uses two wooden props to help her move around. She struggled to live her life with a basketball as an underprop, ‘walking’ between school and home by herself.

Qian Hongyan, who was forced to use half a basketball as her prosthetic body, inspired millions with her ambition to compete as a swimmer in the 2012 Paralympics in London. The girl’s story got widely reported in the country, and drew the attention of the Ministry of Public Security and China Rehabilitation Research Center.

Qian now has a pair of proper prosthetic legs, but still says she likes to use the basketball from time to time as it is easier for her to get in and out of the pool.

May God bless the brave little girl who has inspired millions the world over with her resolute will power.

4 Replies to “Inspirational, Moving & Motivational Story of a little girl”