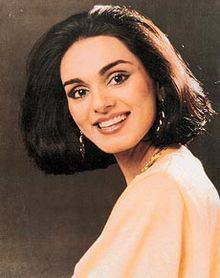 You may know Kareena, Katrina, Madhuri and Sridevi, but I can confidently say that 95% of Indians would not know this brave lady.

Neerja Bhanot was the senior flight purser on the ill-fated Pan Am Flight 73, hijacked by four heavily armed terrorists after it landed at Karachi at 5 am from Mumbai. PA 73 was en route to Frankfurt and onward to New York City. Neerja alerted the cockpit crew about the hijack and, as the plane was on the tarmac, the three-member cockpit crew of pilot, co-pilot and the flight engineer were able to flee from the aircraft. Neerja, being the most senior cabin crew member on board, took charge.

The hijackers were part of the Palestinian Abu Nidal terrorist organization and were backed by Libya. They immediately shot dead a passenger who identified himself to the terrorists as being an American. The terrorists then instructed Neerja to get the passports collected of all the passengers, so that they could identify the Americans. Neerja, and the other attendants under her charge, hid the passports of the 40 Americans on board.

After 17 hours, the hijackers opened fire and set off explosives. Neerja opened the emergency door and helped a number of passengers escape. She did not herself escape, and became a martyr while shielding 3 children from a hail of bullets. Neerja was recognised internationally as “the heroine of the hijack” and is the youngest recipient of the Ashoka Chakra, India’s highest civilian award for bravery.

A square called Neerja Bhanot Chowk is named after her in Mumbai’s Ghatkopar (East) suburb by the Mumbai Municipal Corporation, which was inaugurated by Amitabh Bachchan in the early 90′s.

A salute to the brave lady – a True Star…

Get Inspired ~ Inspire Others – Inspirational Quotes, Pictures and MotivationalThoughts